Three years and three months into widowhood, I was sailing along. I had learned not to look back, but to look forward or up. I was really getting a grip on who I am now. I am a different person now than when I was married. Who can remain the same as a widow as you were as a wife?
I had cleaned my husband’s man cave out some time ago; however, I have recently been redecorating it to be pleasing to my eyes, instead of a man’s eyes. I also have developed my own routines now. I felt I had moved on with my husband always in my mind and heart minus all the grief.
I was totally unprepared to be knocked off of my feet like I was last week. As I scrolled through my Facebook, I looked at a picture of several couples from my church that had a fun night of fellowship. It immediately hit me that my hubby and I were not in that picture and that we never will be again. “Wow. I didn’t think I’d ever feel like this anymore,” I thought.
Someone whom I really respect reminded me that there are many losses we need to grieve when we lose someone. I had grieved the loss of my other half, a large part of my identity. I had grieved the loss of my best friend, my carpenter, plumber, and my all around handy- man. I had grieved my decision maker and my person to vent to. Of course I had lost my one to love and the one who returned that love.
Evidently, there was one loss I had not stared in the face yet. I had already started fellowshipping with mixed groups and sometimes with singles, and I was fine with that. But I had not really grieved the loss of no longer having fellowship as a couple. I had been saddened by the thought of it, but it had not become so blatantly clear to me as in that picture.
I am thankful that the Lord always lovingly picks me up when I fall. He never grows weary of my tears. In fact, Psalm 56:8 says, “… put thou my tears into thy bottle: are they not in thy book?”
With this hurdle behind me I plan on smooth sailing from now on, that is, until something else blindsides me! 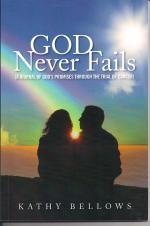 From Tragedy to Triumph

Reflections From My Porch Swing
jewellsgymlife

Just some collection of my story as a I discover every bits of myself while taking each step in this pilgrimage with Him. n_n Everyone has a story to tell. ^^

Why God Picked Me

The thoughts of a wife, homeschool mom, horse lover, and aspiring Christian writer.

A blog full of humorous and poignant observations.